Here is a great post from the Lights4God blog. A fascinating look at the life of Cyrus McCormick, which speaks of great faith, perseverance, and charity. Enjoy!

Memorial Day Pictures: There Just Aren’t Any Words To Add

Hi All:
For Memorial Day, I’d like to share these pictures with you …
They have been sent to me, personally, over the past few months, and except for the last picture (soldiers praying), I have not shared them …
I have personal names for each of the pictures, such as “soldiermom,” “sonreceivingflag,” etc., and I’d like you to see them. Just like every day, to Christians, should be Christmas and Easter combined, how about Memorial Day … it is every day that we reap the benefits of their sacrifice, and love for us … and their fellow man …
Please, see the pictures for what they represent, to all of us …
There are no captions, no quotes, no comments … Look at the pictures … There just aren’t any words I can add … 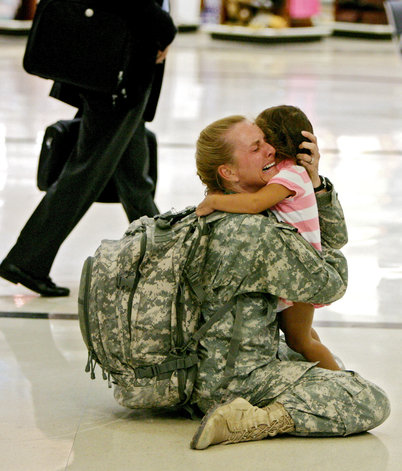 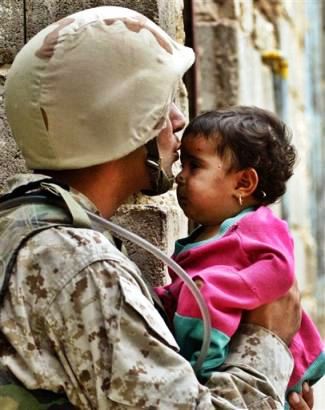 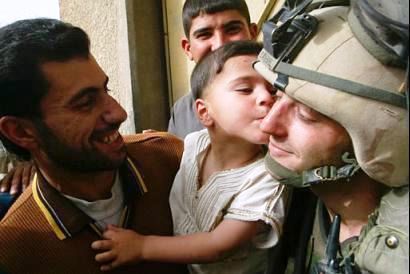 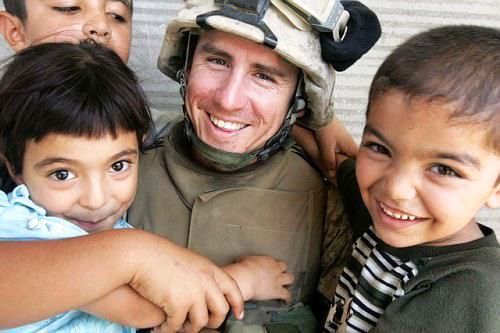 To all of our friends, all over the world … the same God watches over us all … and Jesus is still Lord of all …
Blessings,
Ted and Carol

Posted in HEROES OF THE FAITH, THE PRICE FOR FREEDOM, VIDEOS, POWER POINTS, AND PHOTOS TO SHARE

Of May of ’68: Best of, Worst of Times and Memories: Dickens, Abraham, Martin, John, Bobby … and Jon

If ever a time could indeed be called “The best of times, the worst of times,” perhaps the decade of the 60’s would qualify …
The 1860’s and the 1960’s.
I remember much of the 1960’s, especially from the mid-60’s on.
Of course, we don’t remember April/May of 1865, and I honestly don’t clearly remember the events of November 1963, but I remember, clearly, April/May 1968. I remember being in school the “morning after Memphis,” and on a Saturday morning early the next month, gathering around the black and white television, hearing the news from Los Angeles, about Bobby.

I have spent much time researching the lives of those we’ve lost, and have serious regrets (honestly) that I haven’t learned more about Martin Luther King, for example, and others, until now.

Perhaps the greatest opening to any book written by a single author, and the most remembered, is the way “A Tale of Two Cities,” by Charles Dickens opens. We’ve all heard, even from the pulpit the “best of times, worst of times” quote, but I didn’t realize how powerful the whole paragraph is … and the fact that it even mentions “modern times,” and how accurately the words depict the decade of the 60’s (both) … keep in mind that “A Tale of Two Cities” was published in 1859. Here’s a look at the cover of the first edition:

We will end this post with the last lines from the book … equally amazing. Oh … How about a picture of Charles Dickens? 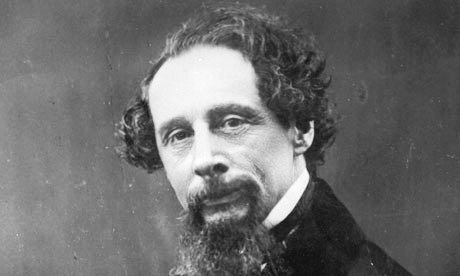 We grew up listening, part of our lives, the song “Abraham, Martin, and John,” originally recorded by Dion. Here’s one: I remember Dion singing this, his current smash hit, on “The Smothers Brothers” show …

I have spent much time looking for what I thought was the best video presentation of this song. So, we share that with you, in recognition of the great vocal, and especially the photos which accompany the song … This was the best video presentation I found … a live recording of “Abraham, Martin, and John” by, yes … Jon Bon Jovi … yes, that is Jon Bon Jovi … enjoy a great vocal with the memories … the 60’s (both), of May, and the men …

Posted in I REMEMBER, QUOTES FOR ALL, SCHOOL WORK, VIDEOS, POWER POINTS, AND PHOTOS TO SHARE

12 Tips For Success In Business, And Life | strong blogs.

Success Notes: Perhaps The Most Important Comma Of All

The other night, I was in the shower, when I received a startling revelation. I can’t be the only one who gets great ideas in the shower.
Maybe because it’s one of the few times, and the few places I can go and be totally alone. And, it is in the shower that I have gotten not only great ideas, but Jesus has spoken to me in profound ways. Allow me to also say that some of the most intense, sincere prayers I’ve ever prayed … was while I was in the shower.
I have pleaded with God, as the water washed my outside, to clean me from the inside. Once, when I was in a quandary over where we were going to find a new supplier, or suppliers, Jesus’ Word came as clearly to me as the words on this page. As I was voicing one of those “I don’t know what to do, what am I going to do” prayers about how or where were we going to find suppliers, His Word came forth, and I remember it as clearly today as when I stepped out of the shower that day:
Jesus simply said, “I’m your supplier.”
I’ve never worried about “suppliers” since that day.

Often, His spoken Word comes to me “from out of nowhere.” I hope that you can say the say thing. God has spoken to me while I was driving (Isn’t that a favorite place to commune with God?), while I was watching a movie, or in the middle of a ballgame. And, of course, often, when I am reading His Word. There is a simple reason for this, Jesus speaking to me in “odd” places … it’s because I have a relationship with Him, and He is with me all the time, and He is on my mind all the time. How many times do you need to hear that you can’t talk with someone whom you don’t have a relationship with? Especially an intimate relationship with. You can’t really speak, and I mean really speak, with someone you don’t know. Jesus said His sheep will hear, will recognize His voice. And, I can honestly say that Jesus is not particular about where He speaks to us at … He will use any means necessary to reach us.

Anyway, back to the beginning (interesting play on words if you think about it) … I was talking to Jesus, in the shower, and I received a startling revelation. I always say that one of the great prayers ever prayed was Jehoshaphat, when he was surrounded by the enemy, and he prayed that He did not know what to do, “but our eyes are on you.”
So, that was what I was doing, and I stopped short in the middle of a sentence: I said, “I don’t know, Jesus … ” Of course, it was because I was being honest, and I really did not know what to do.
Then, it hit me: I can say “I don’t know, Jesus,” and it can be one of the greatest prayers of all time, the greatest confessions of all time, to be honest enough to bare your heart and admit that you don’t know. That you don’t know what to do. That, in the middle of a conversation (which is what real prayer is), you find yourself saying, “I don’t know, Jesus.” And, let’s face it, how often have we said this after we’ve gotten a clear instruction. We answer, “I don’t know, Jesus.” In other words, we are saying that, even though Jesus has given us the answer, we still question it. What we are doing is questioning our ability … but, really, deep down, we are questioning His ability …

Anyway, back to the profound revelation, which, spiritually brought me to my knees. Here I was praying, in all honestly and sincerity, that I did not really know what to do about this problem I was facing, that “I don’t know, Jesus.”

That’s when it hit me, in mid-stride, if you will: The saddest revelation of all … I thought about those who did not know Jesus … how important that comma was. Maybe, just maybe, in our lives, in the lives of those we know, in the lives of those we don’t know, this is the most important comma of all. Think about the comma:
I know Jesus, and He knows me. Therefore, I can pray, honestly, “I don’t know, Jesus.”
But, what about those who don’t have the comma. Think about it. All they can say is:
“I don’t know Jesus.”

It’s because they “don’t know Jesus.” Think about how important that comma is. I mean, all of eternity rests, depends upon it.

I thank God that I have the comma, and I can use it.
What about those without that comma?

It strikes me how often I’ve heard that “Jesus came for the common man.”
Let’s add that Jesus also came “for the comma, man.”

It all goes back to the five-word phrase that is the real, true reason for success:
“Know Him. Make Him known.”

We need the comma in the middle of life’s greatest sentence.

Free DVD From Voice of the Martyrs

We are proud to support the mission and work of Voice of the Martyrs.
Here is another opportunity to receive this free DVD:

The Voice of the Martyrs received an overwhelming response to its Iran Alive DVD offer in April. Thousands of believers across the United States requested the FREE DVD, sharing in the hope of God’s work in a culture dominated by Islam.

“My husband and I enjoyed the faith that just spilled out when they spoke with such passion and desperation for a new life.”

Realizing the powerful effect of the Iran Alive DVD, The Voice of the Martyrs has extended this FREE online offer. We also encourage you to forward this e-mail to your Christian friends and share the offer with them.
If you have recently requested a copy, VOM is processing your DVD order.

“GREAT DVD that moved me to tears several times!! I will be passing these out to friends and family.”

Iran Alive brings to life the powerful testimonies of Muslims in Iran who are turning to Christ.

Please forward this offer to your Christian friends so they, too, can witness the power of God at work in the hearts of those previously opposed to the gospel.

For those in bonds,
The Voice of the Martyrs
Free DVD offer limited to U.S. residents only; one request per household please. Please allow 3-6 weeks for delivery.

Posted in MINISTRIES WE SUPPORT

Heroes of the Faith/Success: The Kind Of Guys I Want To Be

I look at this picture, and I see:
What they see
Is what I see.
What They know
Is what I know.

These are the kind of guys I want to see:
As neighbors.
As friends.

Blessings to you all,
Ted

Posted in HEROES OF THE FAITH, SUCCESS: NOTES, QUOTES, & FOLKS, THE PRICE FOR FREEDOM, VIDEOS, POWER POINTS, AND PHOTOS TO SHARE