In Part One, we discussed the true identity of Jesus:
He was the physical representation/manifestation of God.
How that, if God could cast a reflection in a mirror, what you would see is Jesus.

Hebrews 1:3 describes Jesus as not only being “the brightness of his (God’s) glory,” but follows this with the explanation that Jesus is also “the express image of his (God’s) person.”
The “express image” here means “an imprint,” such as a die cast, perfectly representing the original design.
The word “person,” as in Jesus being the exact image of his person, means “nature.” Therefore, Jesus perfectly represented the exact “nature” of God through His physical manifestation.

When I think of the “brightness of God’s glory,” I always think of the sun. The brightness of the sun, with its beams shining out from the center, providing light to everything which surrounds it. I write often of how we as Christians are supposed to be a “light” in and to a dark world, and the darker the world … the more our light shines… the more our light will be seen. I think now that the darker the surroundings … the farther the light reaches.

This is why, in the verse just before (Hebrews 1:2), the writer explains that God had appointed Jesus “heir of all things, by whom also he made the worlds.” This relationship between God the Father and God the Son explains how Jesus could, while being the Son of God, could also be called “the Creator.” Verse 3 also plainly states that Jesus, as Creator, “upholding all things by the word of his power, when he had by himself purged our sins, sat down on the right hand of the Majesty on high.”

Paul would give almost exactly the same explanation in Colossians 1:14-19, which is such a great description of Jesus and His work: “In whom we have redemption through his blood, even the forgiveness of sins. Who is the image of the invisible God (How about that?) … For by him were all things created, that are in heaven, and that are in earth, visible and invisible … all things were created by him, and for him. And he is before all things, and by him all things consist.”

Did you notice that Paul echoes the same fact that Jesus (from Hebrews 1:3) “upholds all things,” by saying here in Colossians 1:17, that “by him (in him) all things consist,” meaning that by Jesus, through Jesus, in Jesus, all things are held together, all things he made as Creator, he now preserves, He now keeps. The world will stop when He tells it to stop.

By the way, the next verse, Colossians 1:18, also states that Jesus “is the head of the body, the church.”

How does God feel about all this?
Next verse: “For it pleased the Father that in him should all fullness dwell” (Colossians 1:19).
Philippians 2:9-11: “Wherefore God also hath highly exalted him, and given him a name which is above every name. That at the name of Jesus every knee should bow … And that every tongue should confess that Jesus Christ is Lord, to the glory of God the Father.”

We started with the verse in Hebrews, speaking of Jesus being “the brightness of God’s glory.”
Everything Jesus is, revolves around Him being this brightness, this “express image” of God’s glory.

The remarkable thing still is, that Jesus made the decision to come to earth, to take the form of a man, to become sin in our place … and die in our place. For us.

We close with these verses from earlier in the chapter we quoted above, from Philippians:
“Let this mind be in you, which was also in Christ Jesus: Who, being in the form of God, thought it not robbery to be equal with God: But made himself of no reputation, and took upon him the form of a servant, and was made (meaning “coming in”) in the likeness of men: And being found in fashion (appearance) as a man, he humbled himself, and became obedient unto death, even the death of the cross” (Philippians 2:5-8).

While, yet again, I began this writing with a totally different idea (to go with the “Part Two” title), God changed it during the first sentence. I’m glad He did. These verses mean so much to me. Jesus means so much to me. His Word means so much to me. The even more remarkable thing is … How much we mean to Him … We mean enough to Him, He loves us enough, to do what He did, and to keep doing what He does.

All for us.
What a Savior! 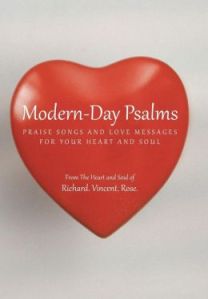 To edify, uplift, encourage, and inspire. Part of the online ministry of www.pastorappreciationgifts.com, and featuring the writing of author Richard. Vincent. Rose. View All Posts

Our Own RSS Feeds!